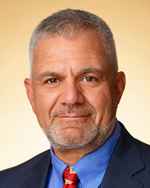 Mastoris joined Wisconsin Electric in 1992 as a specialist — quality assurance and process improvement at Point Beach Nuclear Plant. In 1996, he became the operations manager for the Customer Contact Center and was subsequently named director —customer contact centers for We Energies in 2002. In 2008, he became director — system operations, and in 2011, he was appointed director — electric distribution asset management. He was appointed to vice president — supply chain when WEC Energy Group was formed in 2015.

Under Mastoris’ leadership, the We Energies Customer Contact Center was recognized in 1996 with the Eagle Award for Customer Service from the American Gas Association and Edison Electric Institute. In 1997 and 2000, Call Center Magazine recognized the Customer Contact Center as the Best Utility Call Center. Under his leadership in System Operations and Electric Distribution Asset Management, We Energies received the ReliabilityOne award for superior electric reliability in the Midwest in 2008, 2010, 2011, 2012, 2013 and 2014, as well as the national ReliabilityOne award in 2013.

Mastoris holds a Bachelor of Science degree in economics and mathematical methods in the social sciences from Northwestern University. He served in the U.S. Navy and qualified as an engineer officer with naval reactors. He retired from the Naval Reserves in 2001 with the rank of commander.

Mastoris is current chairman of the board of the Milwaukee Regional Innovation Center (MRIC). He has served on the MRIC board since 2016, and also serves as chairman of its executive, investment, and project and architectural review committees.