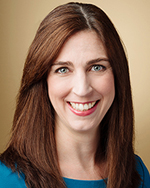 In this role, Mulroy has responsibility for Administrative Services, Facilities Management, Human Resources, IT Services, and IT System Strategy and Development.

Mulroy previously served as vice president and chief information officer for WEC Energy Group since June 2015, with responsibility for a centralized information technology function, including technology security and providing infrastructure support and applications for all operating areas of the company and corporate center departments.

Since joining the company in 1999, she has held a number of management and leadership positions in Customer Service, Customer Operations, Finance, Wholesale Energy and Fuels, and Regulatory Affairs. She also served as a principal representative in State Government Affairs. Mulroy served as director — credit and collections from 2008 to 2012 and director — supply chain from 2012 to 2013. Mulroy was named director — information services for We Energies in April 2013. She was appointed to vice president and chief information officer when WEC Energy Group was formed in 2015.

Mulroy is currently chair of the Milwaukee Tech Hub and vice-chair of Next Door.